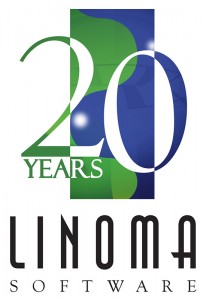 Linoma Software [now HelpSystems], the developer of GoAnywhere software, is celebrating our 20 year anniversary helping organizations around the world to automate their IT processes and protect sensitive data. The company will commemorate this milestone anniversary with the much anticipated unveiling of their new corporate headquarters, groundbreaking new software releases and promotional events throughout the next twelve months.

"From the beginning, our goal has been to provide great products at affordable prices that are backed with unparalleled customer support and service," said Linoma Software [now HelpSystems] founder, Bob Luebbe. "We attribute our success over the last 20 years to this simple company philosophy. It encompasses all that we do."

Looking Back: A Modest Beginning

Husband and wife team, Bob and Christy Luebbe, started Linoma out of their home in 1994 to provide IT consulting and contract programming services to area businesses. The concept was simple, offer experienced IT talent for affordable rates.

By late 1995, the Luebbes had hired several consultants to service their expanding customer base which included Fortune 500 companies such as Union Pacific, First Data Resources and Hewlett-Packard. They also officially opened their first office in Omaha, Nebraska to offer offsite programming services to out-of-state customers.

Around 1996, Bob had an idea for a product that addressed the challenge of converting legacy IBM RPG code to the new RPG IV (ILE RPG) language. During his off hours, Luebbe built the Convert to ILE RPG software, named it CVTILERPG and released it on a programming list server as a downloadable file. This proved to be a move that was ahead of its time as most software for IBM systems was distributed by mail and installed using cumbersome tapes. 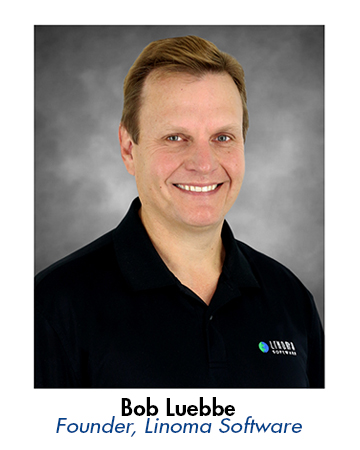 CVTILERPG became an overnight success as a convenient-to-install and affordable utility, which paved the way for Linoma to evolve into a software company. Many of the original users of CVTILERPG (now called RPG Toolbox) are still loyal customers today.

Finding ways to make tasks easier and more efficient has always been the core of Linoma Software's [now HelpSystems] approach to software development. From creating graphical interfaces for the AS/400 in 1997 with Surveyor/400, to the debut of Transfer Anywhere in 2002, to encrypting databases with Crypto Complete in 2007, Luebbe and his growing R&D team continued to innovate and streamline processes for the IBM i. As new products were developed and released, GoAnywhere put an emphasis on affordability and five-star support, which the company is known for.

The release of GoAnywhere Director in early 2008 was a turning point for the company. Quickly becoming the flagship product for Managed File Transfer and secure data exchange, the multi-platform software delivered full automation, encryption and detailed audit trails for file transfers. Following shortly after in 2009, the introduction of GoAnywhere Services expanded the product offering to support secure file services using FTP, FTPS, SFTP and HTTP protocols. GoAnywhere Gateway joined the product suite in 2010 with enhanced reverse and forward proxy to protect files in the DMZ.

As the GoAnywhere software suite continues to grow and evolve, the company has grown as well. Linoma Software [now HelpSystems] has been named to the Inc. 5000 list of top growing companies in Nebraska for the past two years. Their customer base consists of over 3,000 installations worldwide including government entities, large corporations and mid-sized companies. Boasting over a 98% customer retention rate, Linoma Software [now HelpSystems] continues to win customers over through innovation, affordable product offerings and responsive product enhancements.

According to Luebbe, "Several of our customers have been with us since the beginning. They love the products and rave about our support. We're thrilled to be celebrating 20 years and it's because our customers truly appreciate what we do. Without their trust and support, we wouldn't be here. It's that simple, and we are truly grateful."

PREVIOUS   Dropbox is Easy But is it Good for Business?
AnMed Health Achieves Considerable IT Cost Savings with GoAnywhere MFT   NEXT