A PRIMER ON FILE ENCRYPTION

There’s no doubt that encrypting sensitive files at rest and in motion is essential to guard against cyberthreats and for compliance with local, national, or industry-standard requirements. Discover the basics of file encryption, how it works, and how to choose the best way to encrypt your files.

What Is File Encryption?

Encryption is a method of encoding information so that it’s unusable until decrypted – giving only authorized parties the keys to read or access that data. Encrypting files helps to prevent unauthorized access or tampering while data is in transit or at rest, depending on the method used.

Original methods of encryption included simply shifting letters through the alphabet or substituting letters and symbols, such as the Caesar Cipher or the Enigma machine. Today, file encryption is more sophisticated, more secure, and more difficult to crack.

Algorithm: Also known as ciphers, algorithms are the rules or instructions for the encryption process. Triple DES, RSA, and AES are examples of encryption algorithms, or ciphers.

Decryption: The process of converting the unreadable cipher text that has been encrypted back to the original, readable information.

Key: A unique, randomized string of bits used to encrypt and/or decrypt data. Common key lengths are 128 and 256 bits for private keys and 2048 bits for public keys. 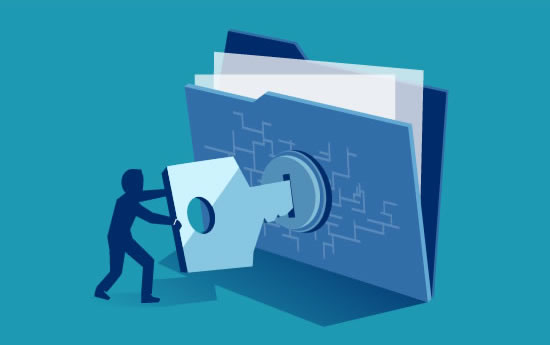 Securing communications has been essential since writing was invented – even ancient Egyptians used symbol replacement to keep texts private. As technology progressed, encryption moved from simple codes, to specialized tools that would encrypt messages, to encryption software. And as computers became more powerful, encryption had to use increasingly long keys to avoid brute-force attacks.

How Does File Encryption Work?

Files are encrypted using complex algorithms that shuffle the contents and then are decrypted using a key provided by the originator of the message. The effectiveness of encryption technology is determined by:

Information that has been encrypted remains confidential because it is rendered unreadable to anyone without the decryption key. Some encryption algorithms offer further file protection by ensuring that files are not altered or tampered with during transit.

Keep reading: How Encryption Works: Everything You Need to Know

How Are Files Encrypted?

Most encryption technologies filter data through a series of changes – substitutions, permutations, and other operations – multiple times to conceal the message.

Keys that can be used by both the sender and receiver to encrypt and decrypt messages are symmetric, since the key is the same on both sides. Asymmetric encryption uses two keys, usually one public and one private. Knowing the public key allows you to encrypt the file, while the recipient uses their private key to decrypt the message.

What Does File Encryption Do?

Each encryption standard protects the privacy and integrity of your organization’s data slightly differently. For instance:

All-in-all, file encryption encodes your data either in motion or at rest, or both, and requires a key to decrypt the data. This keeps the content of your files secure.

Which Files Can Be Encrypted?

Nearly all file types can be encrypted, including text files, emails, data files, directories, and disk partitions. Encryption software can also be deployed on a variety of platforms, both cloud-based and on-premises, including Windows, VMware, Linux, Azure, IBM i, AIX and UNIX, and Mac OS.

How to Choose File Encryption Software

When choosing which encryption standard to implement, consider the following:

The best encryption software for you hinges on you and your trading partners’ requirements. Some trading partners may dictate the encryption standards due to their industry or other requirement. There are a variety of scenarios that influence what type of protection is best for your organization: simple password protection, exchanging data, authentication, sending sensitive information, getting a receipt of delivery, and more.

No matter what you need when it comes to encryption, securing your file sharing is easier with GoAnywhere

How Your Peers are Using File Encryption Software

Organizations worldwide depend on software escrow agreements to encrypt and automate the delivery of intellectual property. Learn how SES achieves this with GoAnywhere MFT.

As a member-owned credit union, Alliant Credit Union chose GoAnywhere Managed File Transfer for its MFT Agents, a module that helped enhance their PCI-compliant file transfers both in transit and at rest. Learn more about their unique use case.

Learn how Bristol Hospital replaced its manual file transfer processes, secured its data, transformed its connectivity with trading partners, and improved overall with GoAnywhere MFT, an automated and cost-effective solution.

How Encryption Works: Everything You Need to Know 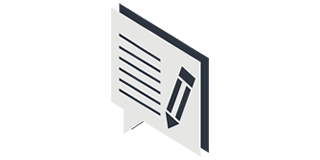 Everything You Need to Know about Open PGP Encryption

How to Encrypt Files in Linux 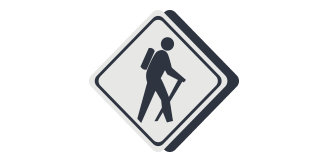