Dropbox is Easy But is it Good for Business? 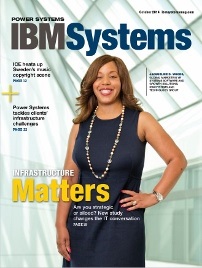 In the October issue of IBM Systems Magazine, Linoma Software [now HelpSystems] chief architect, Bob Luebbe, raises concerns about the use of cloud-based file sharing apps in a business environment. In the Technology Showcase, Luebbe questions the practice of trusting sensitive documents to consumer-grade software.

These file sharing services - like Dropbox - are popular for exchanging photos and documents between family and friends. The simple and seemingly magical propagation of files through the Internet to dozens of computers and devices makes it ideal for personal use.

In the article, Luebbe talks about the appeal of these free, or low-cost, file sharing services and the real risk they pose to an organization. He also presents a secure alternative called Managed File Transfer (MFT) that delivers the same results but with greater control, encryption at rest and in transit, and detailed audit logs.

To learn more, check out Bob Luebbe's Showcase in the October 2014 issue of IBM Systems Magazine or explore the on-premises MFT solution GoAnywhere at GoAnywhere.com.

GoAnywhere MFT is Crucial for Government Agencies Government agencies are facing more responsibilities than ever to keep increasingly sensitive data safe and away from prying eyes. GoAnywhere…