What is PGP and How Does It Work? 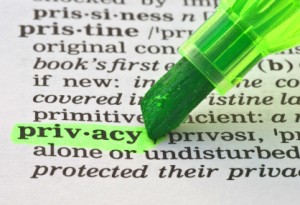 When our users send a file over the internet, there are just a few things that seem important at the time:

a) Is the file complete?

b) Is it being sent to the right place?

c) Will it arrive intact?

d) Is sensitive data protected and encrypted from unauthorized recipients?

That's where encryption comes in. By scrambling the data using one or more encryption algorithms, the sender of the file feels confident that the data is secure.

But what about the file's recipient? Will they be able to decode the scrambled file?

Encrypting and Decrypting Files with PGP

For years, PGP has been one of the most widely used technologies for encrypting and decrypting files. PGP stands for "Pretty Good Privacy." It was developed in the early 1990s by Phillip Zimmerman. Today, PGP is considered one of the safest cryptographic technologies for signing, encrypting, and decrypting texts, e-mails, files, directories, and even partitions for increased security.

PGP encryption employs a serial combination of hashing, data compression, symmetric-key cryptography, and public key cryptography. Each step uses one of several supported algorithms. A resulting public key is bound to a user name or email address. Current versions of PGP employ both the original "Web of Trust" authentication method and the X.509 specification of a hierarchical "Certificate Authority" method to ensure that only the right people decode the encrypted files.

PGP has gone through some significant growing pains, including a widely publicized criminal investigation by the U.S. Government. (Don't worry! The investigation was closed in 1996 after Zimmerman published the source code.)

One result of PGP's growing pains has been the fragmentation of PGP. Earlier versions of the technology sometimes can't decode the more recent versions deployed within various software applications. This versioning problem has been exacerbated as PGP's ownership switched from one company to another over the last 20 years.

And yet, because PGP is such a powerful tool for ensuring privacy in data transmission, its use continues to spread far more quickly than other commercially-owned encryption technologies.

Fragmentation and the Future of PGP

How has the industry managed the issue of PGP fragmentation? The answer is the Open PGP Alliance. In January 2001, Zimmermann started the Open PGP Alliance, establishing a working group of developers that are seeking the qualification of Open PGP as an Internet Engineering Task Force (IETF) Internet Standard.

By establishing Open PGP as an Internet standard, fragmentation of PGP technology can be largely charted and controlled. This means the encrypted file destined for your system uses a documented, standardized encryption technology that allows Open PGP to be appropriately decrypted. Today's standardization ensures privacy, promotes interoperability between different computing systems, and charts a clear path for securely interchanging data.

HelpSystems uses Open PGP in its GoAnywhere Managed File Transfer solution. Just as importantly, HelpSystems is an active member of the Open PGP Alliance, contributing to the processes that will ensure Open PGP becomes a documented IETF Internet Standard. By being a member, we will make sure your investment in GoAnywhere MFT remains current, relevant, and productive.

For more information about Open PGP and the Open PGP Alliance, go to http://www.openpgp.org. To understand how Open PGP can help you secure your file transfers, check out our Managed File Transfer solution page.

PREVIOUS   The Culture of Data Security
Are You Next in Line for a Data Breach?   NEXT

How to Revamp Your Organization's Cybersecurity Program

When cyberattacks and data breaches make the news, it’s usually because they’re at large companies like Facebook or healthcare organizations. But every organization, large or small, needs to be…

Working and collaborating with your team isn’t always a breeze, whether the barrier is different time zones, file sizes, or various copies of the same document. But a content collaboration tool –…

What are Data Silos?

Top 3 IT Strategies for Optimizing Productivity

Little fires everywhere – not just a best-selling novel and new streaming show starring Reese Witherspoon: it’s what most respondents said was the biggest impediment to productivity in their…

How the Coronavirus is Impacting Your Data Security