Do Business with the Government with FIPS 140-2

FIPS 140-2 is a standard with which cryptographic-based (encryption) security systems must comply when protecting sensitive data in U.S. government agencies and departments. This FIPS 140-2 standard also extends to other entities that may exchange sensitive data with the federal government, including defense contractors, state agencies, county and city government.

The National Institute of Standards and Technology (NIST) is an agency of the U.S. Department of Commerce which establishes the standards for cryptographic modules used to protect and secure sensitive information. NIST issued FIPS 140-1, the first set of standards developed in conjunction with cryptographic industry vendors and users on January 11, 1994. This group specified four security levels and eleven requirement areas of meeting a cryptographic standard. 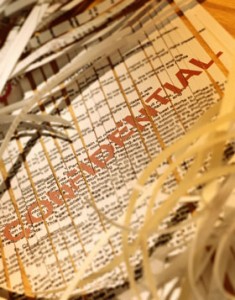 The purpose of the FIPS 140-2 standard is to coordinate the standards to be used by U.S. government and other regulated industries in gathering, storing, transferring, sharing, and disseminating sensitive information. It also provides an FIPS 140-2 accreditation program for private sector vendors that develop cryptographic modules that can be used in other products. For instance, our GoAnywhere solution uses an encryption module from RSA® which is FIPS 140-2 certified by an independent lab.

Traditional methods of sending files such as email or FTP do not meet the FIPS 140-2 standards. If you intend to exchange files with the federal government, it is critical that your file transmission is encrypted with a FIPS 140-2 compliant encryption module.

When researching managed file transfer (MFT) solutions, it is important to determine if they have a FIPS 140-2 compliant module available, especially if you are exchanging sensitive data with the federal government. Read more about GoAnywhere's FIPS 140-2 support.

By utilizing an automated and secure file transfer solution like GoAnywhere along with FIPS 140-2 compliant encryption, doing business with the federal government and other such regulated industries becomes much easier.

How a Remote Workforce Impacts Your Data Security

You did it. Many months ago, you sent your employees home armed with their laptops, a few passwords, and a couple of Zoom invites. Now, hunkered down in their stretchy, comfy clothes, thankful for…